Elon Musk appears to have doubled down on his claim that a British explorer who was instrumental in freeing a group of Thai boys trapped in a cave is a “pedo”.

The chair of Tesla was widely criticised last month for making the unfounded allegation against Vernon Unsworth, who was part of an international team that freed the young footballers and their coach from the Tham Luang cave complex in northern Thailand.

Unsworth had criticised a mini-submarine that Musk had delivered for the rescue as impractical and said he could “stick [it] where it hurts”.

Musk responded by calling Unsworth a “pedo guy”, later tweeting: “Bet ya a signed dollar it’s true.” He deleted both tweets soon after. 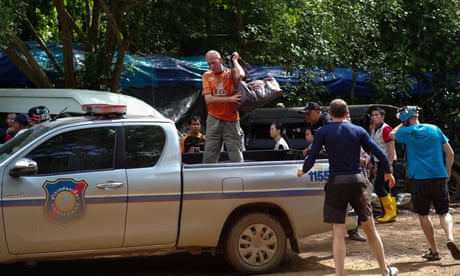 He has never presented any evidence for the allegation nor claimed to have any. He apologised for the remark last month after Unsworth threatened to sue, Tesla shares dived and the company’s investors issued an open letter demanding Musk apologise.

Musk was responding to another critic on Twitter on Tuesday when he appeared to reaffirm the accusation. “You don’t think it’s strange [Unsworth] hasn’t sued me? He was offered free legal services,” he wrote.

“Did you investigate at all? I’m guessing answer is no. Why?” he wrote in subsequent tweets that are still online.

Musk made the new comments despite reportedly receiving a letter from Unsworth’s lawyers earlier this month notifying him that they were preparing a civil complaint for “false and defamatory” statements by the entrepreneur.

“You published through three different tweets to your 22 million followers that Mr Unsworth engages in the sexual exploitation of Thai children, and you did so at a time when he was working to save the lives of 12 Thai children,” Unsworth’s lawyer, L Lin Wood wrote, according to BuzzFeed News.

“You did so without any basis. According to a subsequent Twitter post, you did so out of anger.”

Unsworth told Sky News on Wednesday that he could not comment on Musk’s latest tweets, but added: “It’s all being dealt with, that’s all I can say.”

Musk has been under pressure from Telsa investors over his erratic behaviour on social media. His return to Twitter, just days after he abandoned a plan to take Tesla private, is likely to renew concerns about the entrepreneur’s impulsiveness. 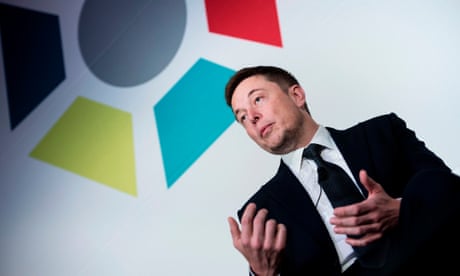 The strange saga of Elon Musk: inside his 'excruciating' year

He told the New York Times this month the past year had been “excruciating” and the “most difficult and painful” of his career, claiming he had been working up to 120 hours a week and neglecting his health and family.

While the latest communiques avoided any reference to the troubled car company, his 7 August “funding secured” tweet signalled he had raised billions needed to take Tesla private at $420 a share.

The tweet caused Tesla’s share price to surge 11%, hurting short-selling investors, whose return depend on the company losing value. Musk has accused them of “desperately pushing a narrative that will possibly result in Tesla’s destruction.”

The episode, known since as the “Tesla tweet”, alerted the US Securities and Exchange Commission, which intensified a pre-existing investigation into the firm’s public pronouncements on vehicle production forecasts, and triggered two class-action investor lawsuits.

Lawyers have warned the tweet may have broken a law that bans public companies from announcing plans to buy or sell securities if executives do not intend or do not have the means to complete the deal, or if they are trying to manipulate the stock price.

In the aftermath of the 7 August tweet, several Tesla board members have reportedly tried to convince Musk to refrain from using Twitter.

James Anderson, a partner at Baillie Gifford, an asset management firm with a substantial stake in Tesla, told the New York Times this week that he still had faith in the 47-year-old chief executive.

Contacted by BuzzFeed, Musk did not acknowledge a letter from the diver’s lawyers dated 6 August and detailing a potential lawsuit for the “false and defamatory statements”.

Musk reportedly told BuzzFeed: “Have you actually done any research at all? For example, you incorrectly state that he is a diver, which shows that you know essentially nothing and have not even bothered to research basic facts.”