DNC FINANCIER GOOGLE EMPLOYS A HUGE NUMBER OF CIA AND IN-Q-TEL EX STAFF AND MANAGES AND EXCHANGES FUNDS WITH IN-Q-TEL.

ALL OF THE DNC DIRTY TRICKS POLITICAL TACTICS ARE BASED OFF OF CIA MANUALS.

WHY IS THE DNC SO ALL ABOUT THE CIA?

This is the first part of a three-part article.

An extraordinary number of former intelligence and military operatives from the CIA, Pentagon, National Security Council and State Department are seeking nomination as Democratic candidates for Congress in the 2018 midterm elections. The potential influx of military-intelligence personnel into the legislature has no precedent in US political history.

If the Democrats capture a majority in the House of Representatives on November 6, as widely predicted, candidates drawn from the military-intelligence apparatus will comprise as many as half of the new Democratic members of Congress. They will hold the balance of power in the lower chamber of Congress.

Both push and pull are at work here. Democratic Party leaders are actively recruiting candidates with a military or intelligence background for competitive seats where there is the best chance of ousting an incumbent Republican or filling a vacancy, frequently clearing the field for a favored “star” recruit.

A case in point is Elissa Slotkin, a former CIA operative with three tours in Iraq, who worked as Iraq director for the National Security Council in the Obama White House and as a top aide to John Negroponte, the first director of national intelligence. After her deep involvement in US war crimes in Iraq, Slotkin moved to the Pentagon, where, as a principal deputy assistant secretary of defense for international security affairs, her areas of responsibility included drone warfare, “homeland defense” and cyber warfare. 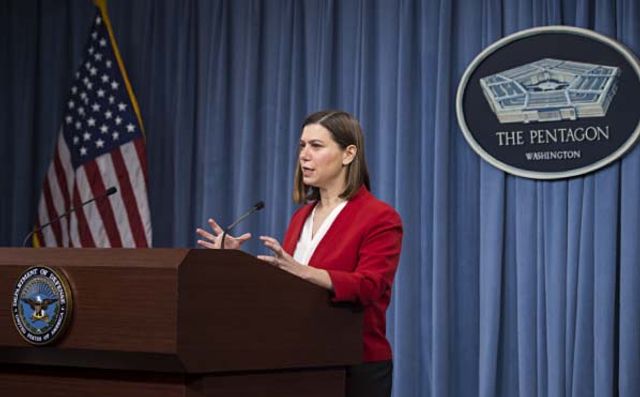 The Democratic Congressional Campaign Committee (DCCC) has designated Slotkin as one of its top candidates, part of the so-called “Red to Blue” program targeting the most vulnerable Republican-held seats—in this case, the Eighth Congressional District of Michigan, which includes Lansing and Brighton. The House seat for the district is now held by two-term Republican Representative Mike Bishop.

The Democratic leaders are promoting CIA agents and Iraq and Afghanistan war veterans. At the same time, such people are choosing the Democratic Party as their preferred political vehicle. There are far more former spies and soldiers seeking the nomination of the Democratic Party than of the Republican Party. There are so many that there is a subset of Democratic primary campaigns that, with a nod to Mad magazine, one might call “spy vs. spy.”

The 23rd Congressional District in Texas, which includes a vast swathe of the US-Mexico border along the Rio Grande, features a contest for the Democratic nomination between Gina Ortiz Jones, an Air Force intelligence officer in Iraq, who subsequently served as an adviser for US interventions in South Sudan and Libya, and Jay Hulings. The latter’s website describes him as a former national security aide on Capitol Hill and federal prosecutor, whose father and mother were both career undercover CIA agents. The incumbent Republican congressman, Will Hurd, is himself a former CIA agent, so any voter in that district will have his or her choice of intelligence agency loyalists in both the Democratic primary and the general election.

CNN’s “State of the Union” program on March 4 included a profile of Jones as one of many female candidates seeking nomination as a Democrat in Tuesday’s primary in Texas. The network described her discreetly as a “career civil servant.” However, the Jones for Congress website positively shouts about her role as a spy, noting that after graduating from college, “Gina entered the US Air Force as an intelligence officer, where she deployed to Iraq and served under the US military’s ‘Don’t Ask, Don’t Tell’ policy” (the last phrase signaling to those interested in such matters that Jones is gay).

According to her campaign biography, Ortiz Jones was subsequently detailed to a position as “senior advisor for trade enforcement,” a post President Obama created by executive order in 2012. She would later be invited to serve as a director for investment at the Office of the US Trade Representative, where she led the portfolio that reviewed foreign investments to ensure they did not pose national security risks. With that background, if she fails to win election, she can surely enlist in the trade war efforts of the Trump administration.

How this article was prepared

The DCCC has designated 102 seats as priority or competitive, including 22 seats where the incumbents are not running again (five Democrats and 17 Republicans), and 80 seats where Republican incumbents could be defeated for reelection in the event that polls predicting a sizeable swing to the Democrats in November prove accurate.

The World Socialist Web Site has reviewed Federal Election Commission reports filed by all the Democratic candidates in these 102 competitive districts, focusing on those candidates who reported by the latest filing date, December 31, 2017, that they had raised at least $100,000 for their campaigns, giving them a financial war chest sufficient to run in a competitive primary contest. In addition, there a few cases where a candidate had less than the $100,000 cutoff, but was unchallenged for the nomination, or where last-minute retirement or resignation has led to late entry of high-profile candidates without an FEC report on file. These have also been included.

The total of such candidates for the Democratic nomination in the 102 districts is 219. Each has a website that gives biographical details, which we have collected and reviewed for this report. It is notable that those candidates with a record in the military-intelligence apparatus, as well as civilian work for the State Department, Pentagon or National Security Council, do not hide their involvement, particularly in the wars in Iraq and Afghanistan. They clearly regard working as a CIA agent in Baghdad, an Army special ops assassin in Afghanistan, or a planner for drone missile warfare in the White House or Pentagon as a star on their résumé, rather than something to conceal.

One quarter of all the Democratic challengers in competitive House districts have military-intelligence, State Department or NSC backgrounds. This is by far the largest subcategory of Democratic candidates. National security operatives (57) outnumber state and local government officials (45), lawyers (34), corporate executives, businessmen and wealthy individuals (30) and other professionals (18) among the candidates for Democratic congressional nominations.

Of the 102 primary elections to choose the Democratic nominees in these competitive districts, 44 involve candidates with a military-intelligence or State Department background, with 11 districts having two such candidates, and one district having three. In the majority of contests, the military-intelligence candidates seem likely to win the Democratic nomination, and, if the Democrats win in the general election, would enter Congress as new members of the House of Representatives.

In the West, only 7 of the 23 targeted seats have military-intelligence candidates, while in a half dozen seats the leading candidates are self-funded millionaires, mainly from the IT industry. There has been a wave of Republican retirements in California and wealthy people are bidding for these seats.